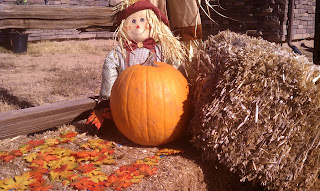 Thanksgiving is the beginning of a season of giving and sharing with others. It is the ushering in of a benevolent time in which we spend time with family, giving gifts and spending countless hours searching for just the right present for someone else. It is a time that for many of us we think about others a little more than we think about ourselves.

This Thanksgiving enjoy your friends, your family, good food and football. Consider inviting someone for dinner who does not have some of these things. Give them a little of what you have been given. Then as you are all sitting down for your Thanksgiving feast, ready to give thanks for all the bounty you are about to enjoy and the blessings that have been bestowed upon you the last year, ask that some of the giving feeling that warms you up inside would last all year.
Posted by The Giving Principle at 11:25 AM 1 comment:

Do you give or do you take? 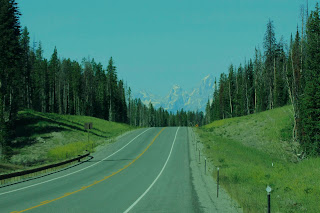 Recently as I was driving down the highway and a truck passed me. A rock flew up striking my windshield. It did not leave  just a chip, however a crack that went from the bottom of my windshield straight to the top.
A few weeks later I went in to my local glass shop for a new windshield. Now, here in my part of the world there is a lot competition among glass companies to get a share of the windshield replacement pie. As a result the glass companies offer several different types of incentives to attract customers to their shop. This particular shop offered a certificate for a free lunch at a neighboring restaurant.
Imagine my surprise when the employee told me that I was receiving two certificates for lunch, one for me and one for my daughter. She then told me that the previous customer had asked that the free lunch she was awarded be passed on to the next customer.﻿
Posted by The Giving Principle at 10:09 AM No comments: 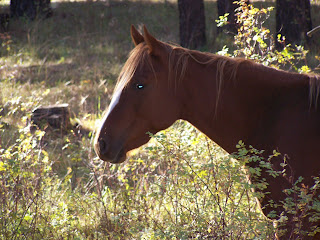 Many years ago I was involved in a trip to Mexico with a local church. Dozens of people went on the week long trip from all walks of life. You name the profession and they were most likely represented; doctors, dentists, musicians, landscapers, firefighters. That was the purpose of the trip: whatever you did for a living here in the states, you now were going to go to a very remote, very underprivileged area of Mexico and provide your services for a week, free of charge. Dentists fixed teeth, contractors built and repaired homes and firefighters trained the bomberos.

It was a life changing experience for me. It caused me to reevaluate how I did things at home. I learned to give more freely of my time, talent and treasure daily. I realized that I did not need to go to Mexico in order to give, I could do it right here.

What special talents do you have? What unique circumstances do you posses? Are you able to change the oil in a neighbors car? Are you able to watch a young couples children while they go out for a night? We have horses at our home and we like to allow the neighborhood children the opportunity to come over and ride. Something they would otherwise be unable to do. Whatever special circumstance or talent you posses, consider giving it away.
Posted by The Giving Principle at 11:56 AM 1 comment: 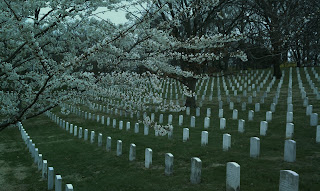 General John A. Logan of the Grand Army of Republic officially proclaimed Memorial Day in 1868. General Logan thought to create a day in which we could honor those who have died in service to this great country. Additionally, he proclaimed this day to be a reminder to take care of those who were left behind. In his General Orders he stated the following:

"If other eyes grow dull, other hands slack, and other hearts cold in the solemn trust, ours shall keep it well as long as the light and warmth of life remain to us.

Let us, then, at the time appointed gather around their sacred remains and garland the passionless mounds above them with the choicest flowers of spring-time; let us raise above them the dear old flag they saved from his honor; let us in this solemn presence renew our pledges to aid and assist those whom they have left among us a sacred charge upon a nation's gratitude, the soldier's and sailor's widow and orphan. "

This Memorial Day honor those who have literally given everything. Raise a flag at your home, decorate a fallen soldiers grave and maybe most importantly, give to those that they left behind. Give of your time, talent and treasure.

God Bless the U.S.A.
Posted by The Giving Principle at 2:24 PM No comments: 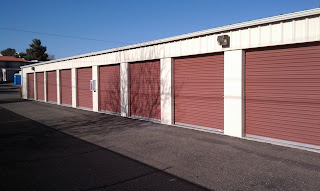 Recently I was watching a television show about people who buy and then sell the contents of abandoned storage lockers. You know the ones ,the rows upon rows of storage units that vary from size to size and seem to be on just about every street corner. Well, one of the younger buyers stopped to ask one of the more experienced buyers for some advice. The more experienced persons response was essentially, "I do this for  a living, any advice I give you I will have to charge you for."

I thought "wow" what is this world coming to when simple advice from a friend or co-worker has to come with a price.

At The Giving Principle we advocate giving of your "time, talent and treasure". This is one those instances when giving of your talent is all that is needed. The ability to pass on some of the knowledge or talent that you have accumulated over the years is often more powerful than any other gift you can give. It often can not be measured the way a monetary gift or a gift of time can, but it can be one of the most influential. Why? Because eventually time passes on, treasure is consumed but talent is something that can be kept and used forever.
Posted by The Giving Principle at 8:11 AM No comments: 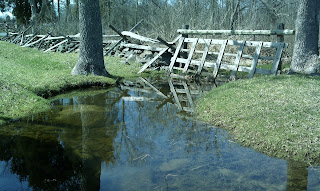 It is that wonderful spring time of year once again. For many people that means that they can get back out of the house and enjoy some long awaited outdoor activities. Activities that you enjoy can also be used to bless others. Take fishing for example, many people subscribe to the theory of catch and release. This is the process of catching fish generally for the sport and enjoyment of fishing but for one reason or another the fish are placed back into the water uninjured in order to be fished again. This may be done because the fisher has caught his quota of fish for the day or maybe because she does not like fish.
Either way, consider saving the fish and keeping them on ice and donating them to a needy family you may know or donating them to a food shelter. The same can be done with wild game that hunters harvest. One large elk or deer can provide a family with enough meat for an entire year.
Posted by The Giving Principle at 3:29 PM No comments: 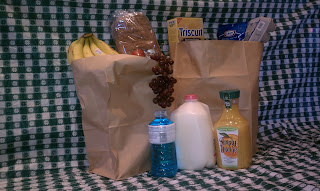 Ten years ago around Christmas I was headed down to the local grocery store to pick up a few items. As I pulled into the parking lot I noticed a homeless looking man sitting out on the lawn between the main road and the parking lot.

I really did not pay much attention to the fellow. As I parked my truck I noticed that there was a very nice looking older woman getting out of a very nice car right next to me.

As I proceeded to do my shopping I noticed the woman who had parked next to me walking the aisles picking out items and placing them into a basket.

As I finished my shopping and paid for my items I followed the same woman out of the store. The woman had several bags of groceries in her arms. She proceeded to get into her vehicle and began to pull to the end of the parking lot. I was behind her as she rolled her window down and handed the man who was on the lawn all of the bags of groceries that she had just purchased.

The woman had no idea anyone was watching her. This woman had no idea what an impression she made on my life. Not a Christmas goes by that I do not remember that fine woman and what she did for that man on the lawn.

Thanks to Dave from Arizona for sharing this story. If you have a story you would like to share maybe we will post it. Just send us an email at thegivingprinciple.com
Posted by The Giving Principle at 1:22 PM No comments: